Lying to the south of Skye, the Isle of Muck is the smallest of the Inner Hebrides ‘Small Isles’. In July 2020 I was lucky enough to spend a week staying on the island, overlooking the beautiful Gallanach Bay, with the islands of Rum, Eigg and Canna in the background.
Whilst there, I was very drawn to the island’s large wooden boat, ‘Wave’ which, coming to the end of her seagoing days, was moored high up on the machair, just above where the island’s seal colony likes to relax on the rocks. Built in the mid 1950s, she’s 36 feet long with a 13 feet long hold, enabling her to carry 15 calves or 70 lambs and, at times, the island’s famous ponies. She’s gone through several engines over the decades and now has a wheelhouse as well as an engine house and a tiller.
‘Wave’ has been an integral part of life on Muck, ferrying not just livestock and supplies but also passengers from the CalMac ferry before Muck’s pier was built. She features in many tales of adventure, but I was struck by her stillness now, safely tethered up out of the sea, a still wave. A tribute to her, as well as a response to her now no longer taking to the sea, these paintings act as song of memory to her past as well as looking ahead to the island’s future.

Delighted to have been awarded The MSD Design Award for Drawing and Painting at the Aberdeen Artists Society Exhibition 2022 for my piece 'Storm Across the Sound Of Rum ' oil on panel 100x100cm. 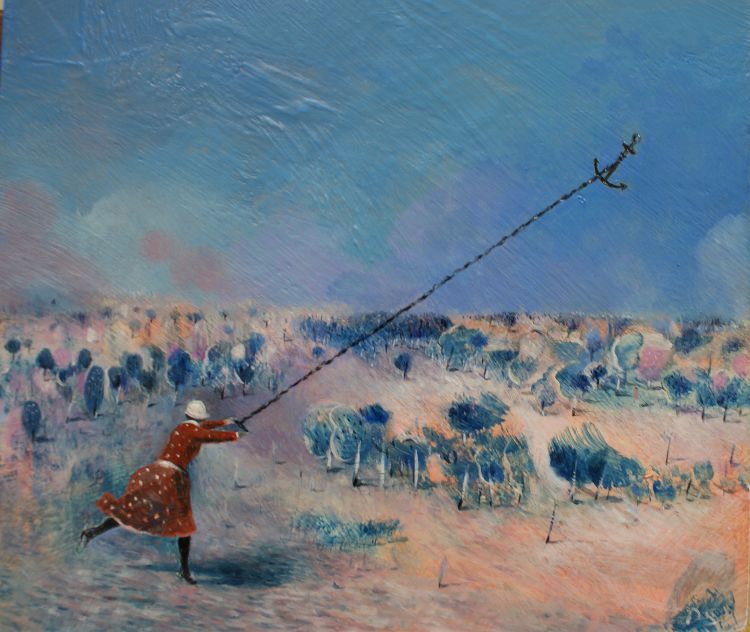